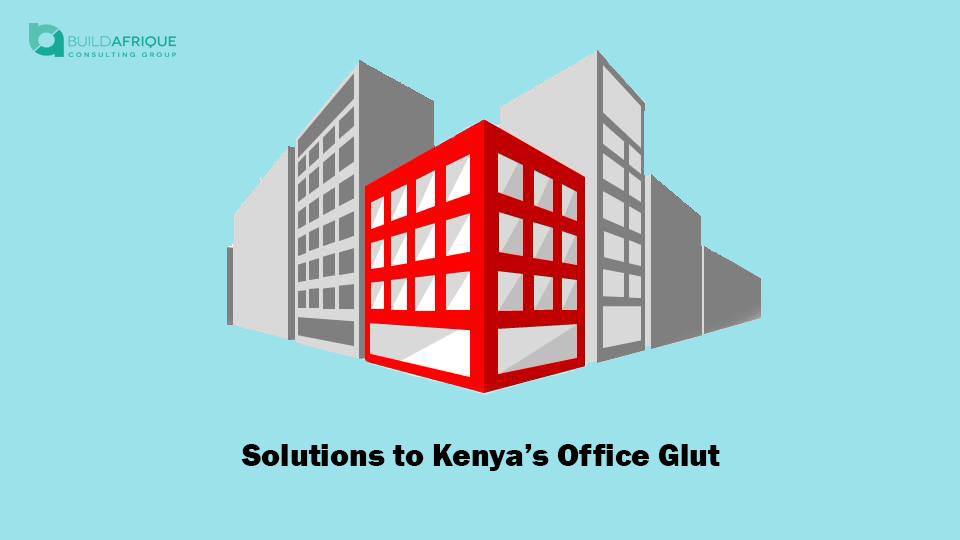 Currently, Kenya has an oversupply of office space estimated at 3.2 million squarefeet, with Westlands and Upper Hill accounting for the bulk at 29% and 24% respectively, according to Broll.This number is expected to rise to 3.9 million in 2018, confirming speculation that the commercial real estate segment is, presently, experiencing a glut.

Market downturn in this segment can be largely attributed to the harsh business climate experienced throughout the better part of 2016 and 2017, with a number of local and international businesses winding up their operations and undergoing downsizing. This saw a build up of supply in 2015 rapidly outpacing demand, with offices in Upper Hill facing occupancy rates as low as 65%.

Experts, however,  advise that it will take at least three years to absorb the new supply, even as commercial spaces accounted for 809, out of 2303 permits, approved in 2017. This has, as a result, led to the emergence of a buyer’s market, with rental prices dropping by nearly 15%, according to research by Knight Frank.Typical reactions by property owners in this niche have included, lowering rental values and increasing marketing efforts, in a bid to lure tenants as they wait for the market to correct itself.

However, in order to overcome the current downturn, investors in commercial real estate will need to innovate new solutions to grapple with the stiff competition currently being experienced in the oversupplied market.Flexible leasing agreements could be one such way. According to GE Capital, a lease is “a legal agreement between a property owner and tenant that stipulates conditions under which the tenant may possess the property for a specified period of time.” Flexible leasing agreements might include linking long term leases to inflation rates in order to account for economic recessions. This shall prevent companies from moving out during hard economic times, as it provides them with financial relief while fulfilling their rental obligations. Supplementary arrangements in lease agreements can also allow for leaseholders to sub-let their office spaces, depending on fluctuating demand. This enables businesses to maximize on any unused leased space, resulting in increased efficiency for the business as well as overall profitability.

Furthermore, commercial property owners can opt to subdivide spaces in order to accommodate medium sized companies as high-end markets are usually the first to be hit by oversupply. According to the National Economic Survey released by CBK, SMEs account for 98% of businesses, creating approximately 30% of new jobs annually, significantly influencing demand for office space. However, due to their size, short and medium- term leases may be appropriate for SMEs to allow for flexibility in their operations.

In addition, investors in the commercial real estate market can adopt modern business models that differentiate them from their competitors, such as the concept of co-working and virtual offices. This is largely supported by the fact that companies,today, are increasingly going digital, allowing for mobility among their employees and changing traditional workplace demands. Companies have, thus, been able to reduce costs, with rent cited as the second largest expense after the cost of labour.

However, such companies might still require a physical business address for legal purposes or need one to physically meet with clients and hold meetings without all the operating hassles that come with an office. This creates the need for office spaces as a service, a market largely underserved in the country, comprising mostly of new entrepreneurs and the technology sector. Offices that are able to provide communication facilities such as conference rooms and internet can, therefore, capitalize on this trend while waiting for the market to adjust itself.

Other methods that new investors in this market can employ, include buying high yield properties that have locked in long term lease agreements, and developing office properties in low supply areas with high demand, such as Gigiri. However, flexibility between leaseholders and property owners in contractual relationships, will remain key to enabling real estate investors in the commercial niche to earn sustainable returns, despite,unfavourable market conditions.