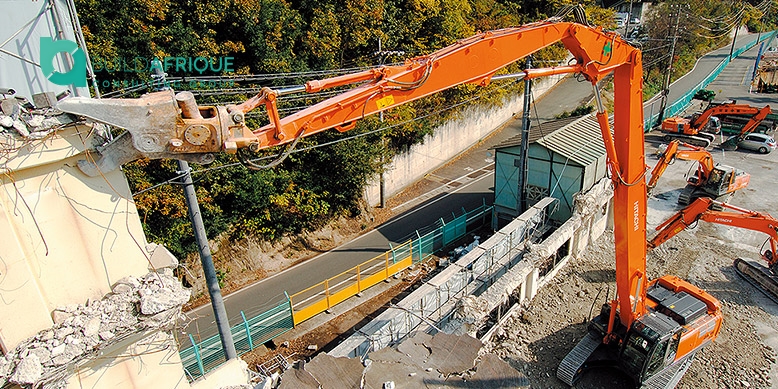 In recent past, the construction industry has once again been on the spotlight for all the wrong reasons.

From the collapse of buildings between February and June 2018, then came demolitions over grabbed public land in a number of city estates in July, and demolitions of buildings on riparian land reserves in August 2018. Only this time, affected property owners were caught unaware as their multi-billion shillings developments were flattened. Since, structures have been pulled down in Kileleshwa, Westlands, Langata, and Eastlands leaving many with unanswered questions and concerns.

Case in point is the Seefar apartments in Nyayo Highrise estate, home to 260 families, who according to NEMA, is on riparian land and therefore encroaches the Nairobi Dam. In October 2018, the Edermann management was ordered to restore the reserve within 90 days after the demolition on claims that it has affected the flow of Ngong River. Another property in similar predicament is the New Muthaiga Estate building owned by Gemini Properties Limited and Scorpion Properties Limited, who moved to court, after the Nairobi county government issued them with a 7 day notice that lapsed on August 16, to provide the necessary approvals, and occupation plans, failure to which, they would need to vacate the building for demolition. According to the county government, the property was built after the owners were granted illegal approvals.

For most developments, the common narrative among owners is that they followed the required protocols. Rajesh Gorasia, formerly of

Taj Mall, was perhaps the most forthright property owner when he came out guns blazing, daring the government to flatten the property in September 2018 on claims that it was on a road reserve.

Although approved by the relevant authorities, it turned out that the mall was built on amalgamated land, initially on two separate plots where the first plot was a reserve for Outer-Ring Road, and the other, a private property. Through a statement, the National Land Commission (NLC) confirmed that it had received a complaint in June 2013, from the Kenya Urban Roads Authority requesting it to review grants for parcels along Outer-Ring Road to determine their legality and propriety.

With over 4000 buildings labeled for demolitions across various counties, the construction industry, which investors have known to be very well-regulated complete with lucid construction approval and inspection guidelines as stipulated in various acts of the parliament, now speaks high lacking levels of integrity.  To obtain an approval to put up a building, the first step involves the county government that issues drawing approvals on the architectural, structural and civil engineering plans. By norm, the National Environment Management Authority (NEMA), issues a certificate after the county government. For proposed developments around water catchment areas, the Water Resource Management Authority (WRMA) has to give an approval, after which, the National Construction Authority’s approval then comes after the selection of a contractor. Similar engagements must be made for developments along flight paths that require the Kenya Civil Aviation approval, after which, construction can commence.

Kenya’s law requires these authorities not only to issue approvals but also to carry out regular inspections to ensure that the established standards are met. And therefore, developers and the general public do not understand why they should be punished for receiving a go-ahead from government authorities mandated by law to do so.

There is no document universally that should be unquestionably integral than that issued by the government. In most countries, the signing of a government official on any document puts an end to any discussion about its legality. However, in Kenya, citizens find themselves in unusual miasma where the government questions the legality of its own documents and punishes the proprietor.  In the case of Seefar apartments earlier mentioned, the order to demolish the building came as a shock to the proprietor who argues that the water sources agency approved the construction of the apartment building on the very land. And that the then minister for housing was present during the project’s launch in 2012, meaning that the apartment block had the State’s approval. Only 5 years later, the property is alleged to sit on riparian land.

A large population remains uninformed on building practices, and more so, riparian land which form part of public land and whose preservation is mandatory to ensure a well- sustained river ecosystem. This mandate falls under the Water Resource Management Authority. Just like riparian land, the National Land Commission has the mandate to ensure land reserved for road is not encroached. Given that the Kenya Urban Roads Authority had presented its concerns to the commission, it is evident that these institutions are deliberately failing the construction sector. From building collapses to approvals of developments without a plan to registered unscrupulous contractors, and now approved riparian developments, it is safe to say that the system requires a revised clean-up plan that will see marked demolitions accorded a hearing to hash out the root of the problems in the Industry.

Currently, home buyers are highly skeptical of making purchases, in worries that documents associated with their properties may not

stand in court. And that even if they do, demolitions will still be conducted on the basis of protection of public land. If the construction industry is to attract investor’s confidence, the sanctity of approvals issued by government authorities must remain inherent. Anything contrary will damage an industry that is in a genuine progress attempt amidst many challenges.

As a long-term solution for riparian invasion, we must amend cap 299 of the Survey Act to clearly define the riparian reserve and set out the limit of riparian area, hence limit the misuse and abuse of riparian resources. Currently, the Act states that a strip of land to be known as a riparian reserve will be surveyed and reserved for government purposes as prescribed when surveying any land bordering any water.

This provision does not set the riparian boundary. The Survey of land is critical because it defines the boundary of any piece, but because the survey process itself does not provide the boundary of the riparian area, it opens up the riparian resource for abuse. The land ministry should adopt relevant regulations to ensure that the allocation of land in which riparian areas are involved does not include the riparian area as part of the title. This means that the riparian reserve remains only for government use. As of now, we find ourselves in this quagmire because people trusted with such responsibility have not done their jobs. In order to demonstrate the seriousness of the fight against the public land, the government have no option but start at the doors of these agencies. It’s not too late to start again, with new officials at the helm.